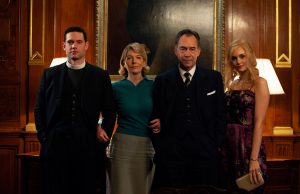 ITV have released the synopsis for Season 6, Episode 2 of “Grantchester” and the cast list features Jemma as Amelia Gurney-Clifford (so, Amelia has married St John then!). Episode 2 airs on ITV on Friday 10 September at 9pm. The full-size version of the image above is available in the gallery.

When a baptism service is disrupted by a man claiming he’s the rightful father of the child, and not the smiling parents around the font, Will and Geordie find themselves drawn into a complicated family dispute which seems to be connected to the murder of Joan Beaumont, the head of a local adoption agency. With both sets of parents having reasons to want Joan silenced, are any of them responsible for her death? Meanwhile at the vicarage, a sinister blackmail letter arrives for Leonard, forcing Will to visit his own difficult family in the hopes of raising the money to pay the demand. But when his newly-arrived-in-town step-sister, Tamara, jeopardises Will’s chances with step-dad St John, Leonard decides to take matters into his own hands – and face his blackmailer, alone… 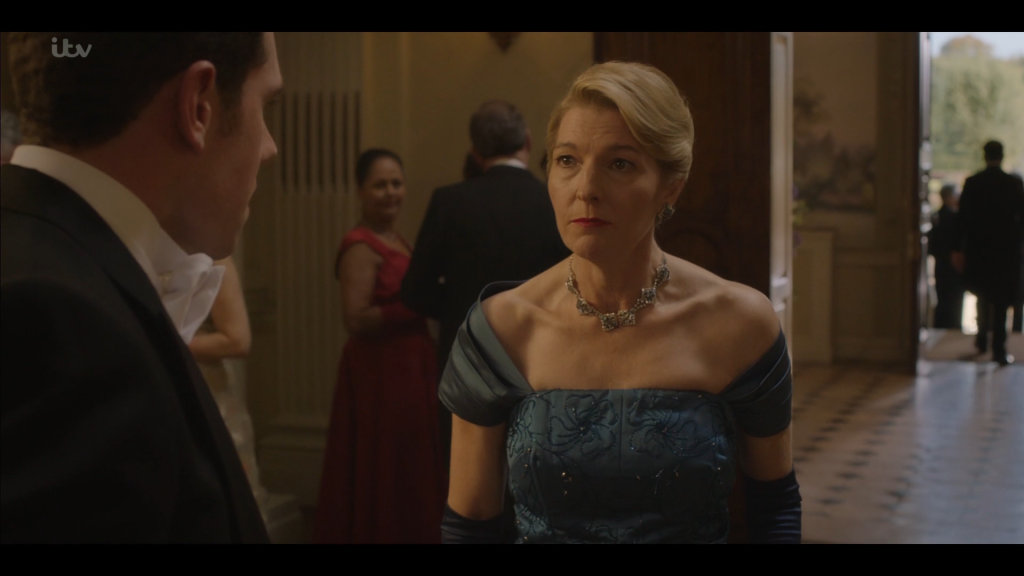 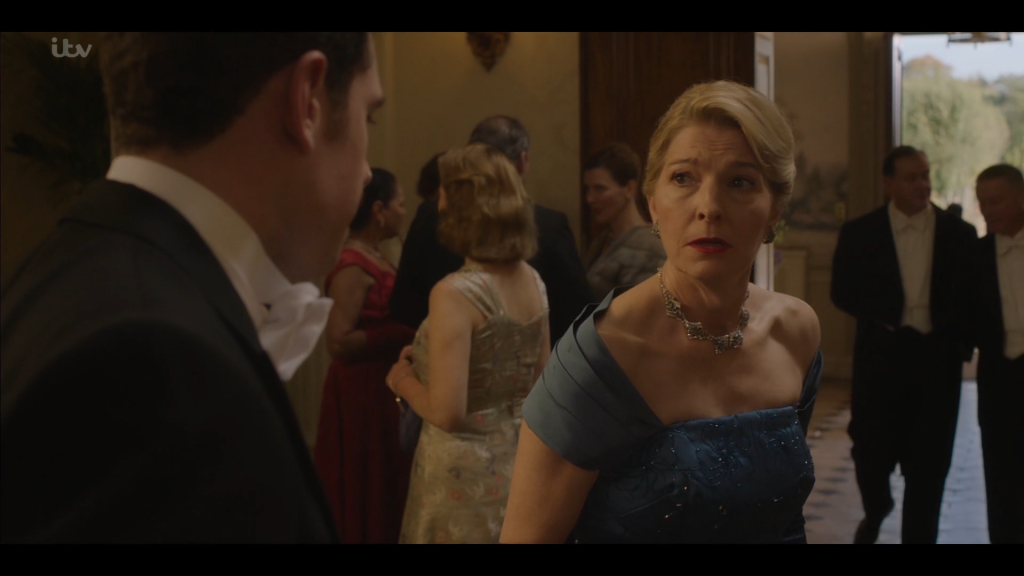 Courtesy of Richard Cookson’s Twitter – see tweet below – a new promo image of Jemma from “Grantchester” Season 5, Episode 6 has been uploaded to the Gallery.

Forget Valentine’s – Friday night is #Grantchester night! For the last episode of this series, Will is a mess, Geordie is questioning nuns, and Leonard’s got dad problems. Oh, and I’m an extra in the first five minutes, but don’t let that put you off! It’s on at 9pm on @ITV pic.twitter.com/me14uKp5Yr 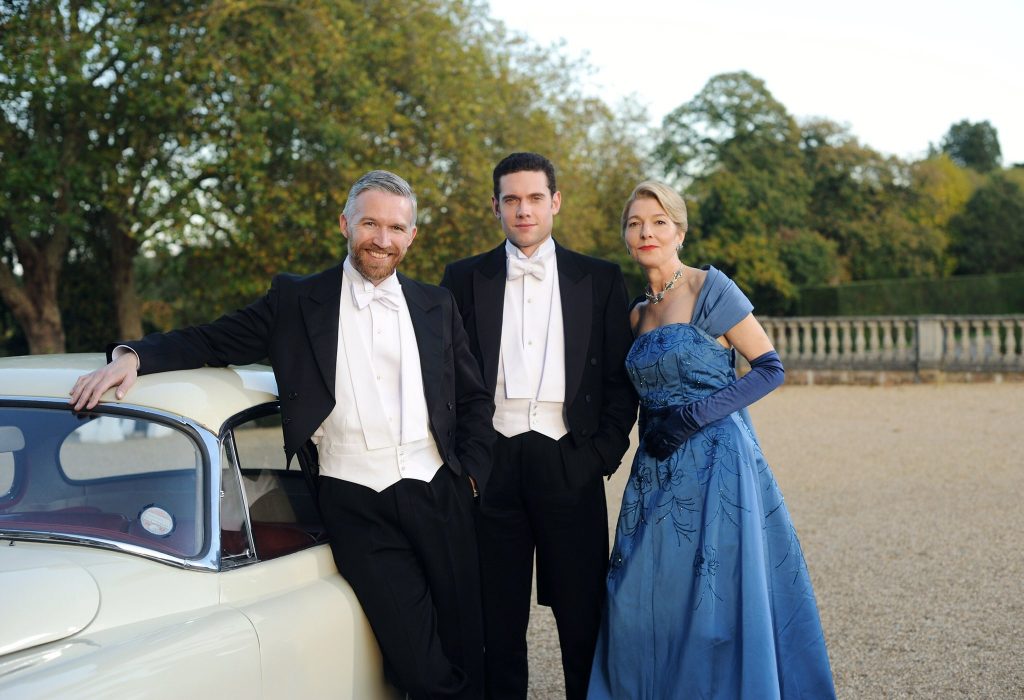 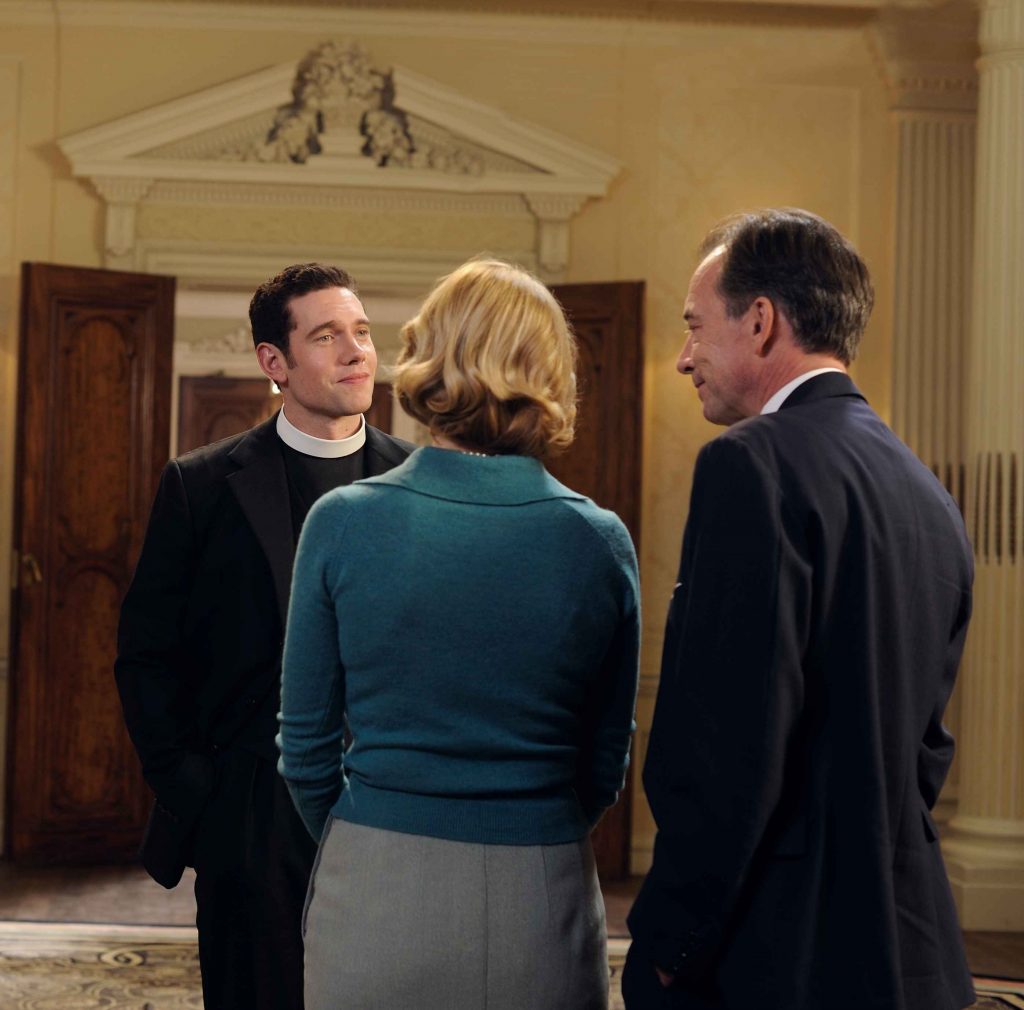 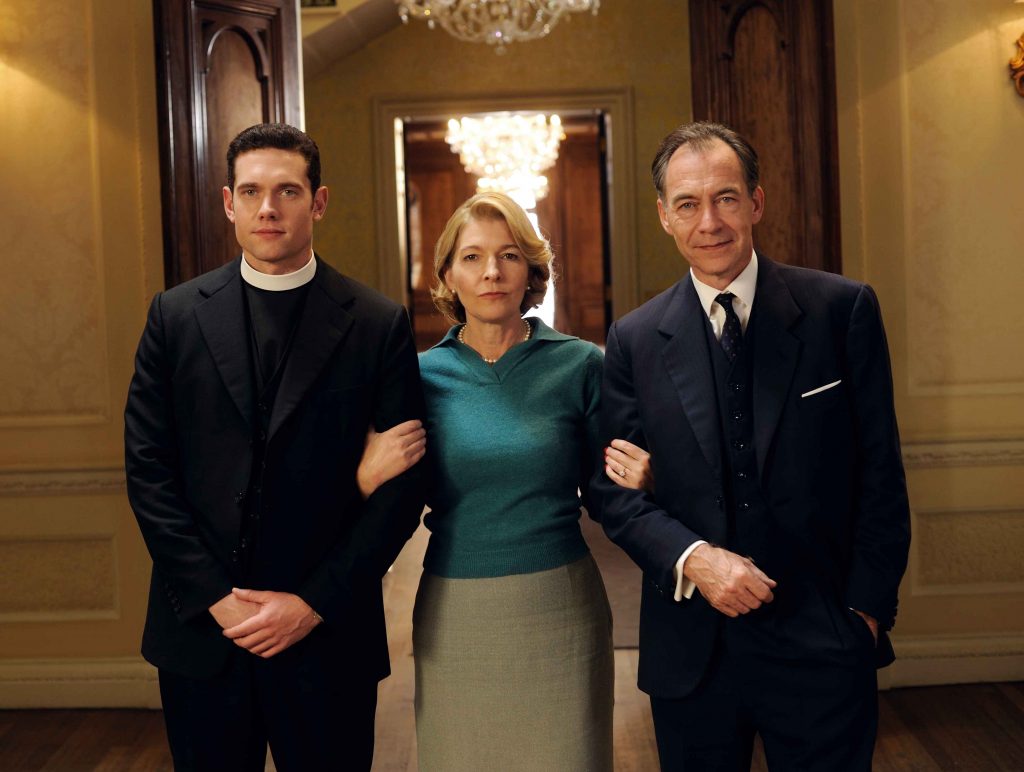 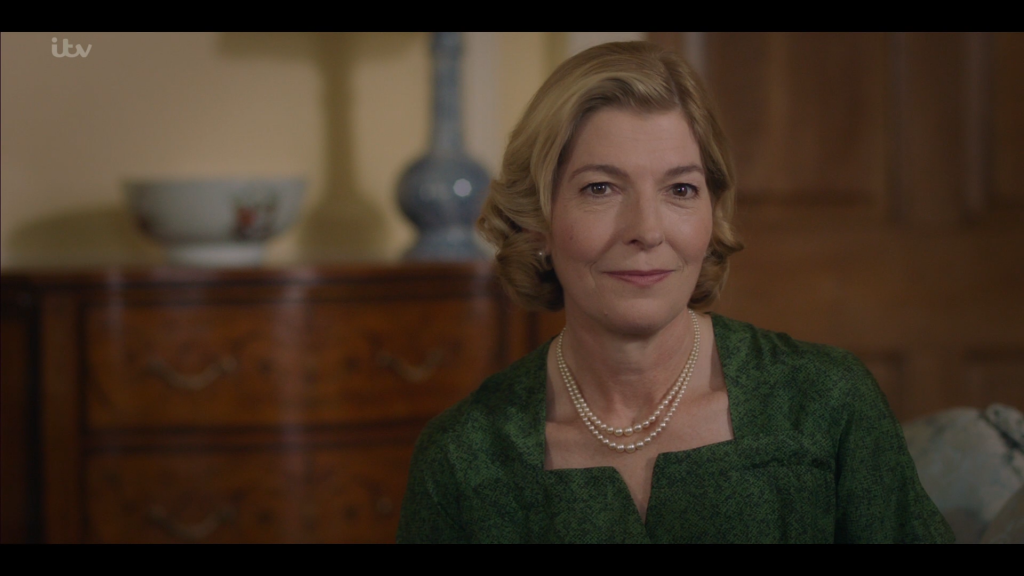 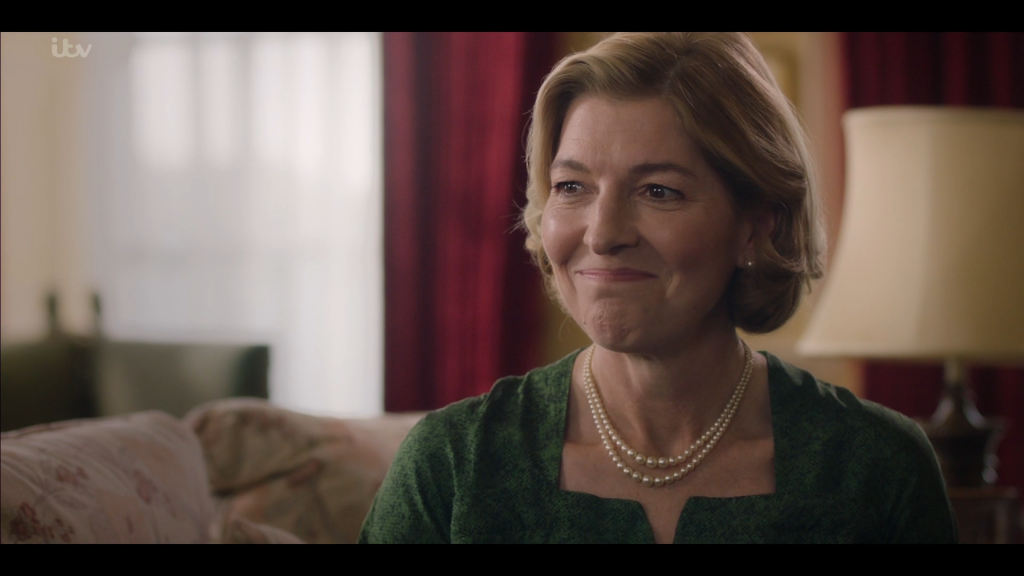 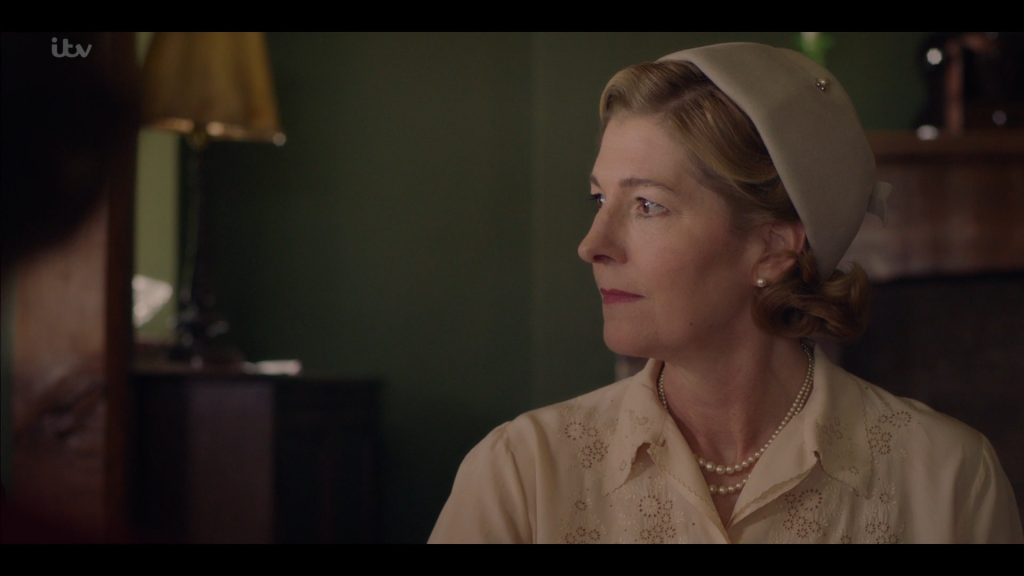 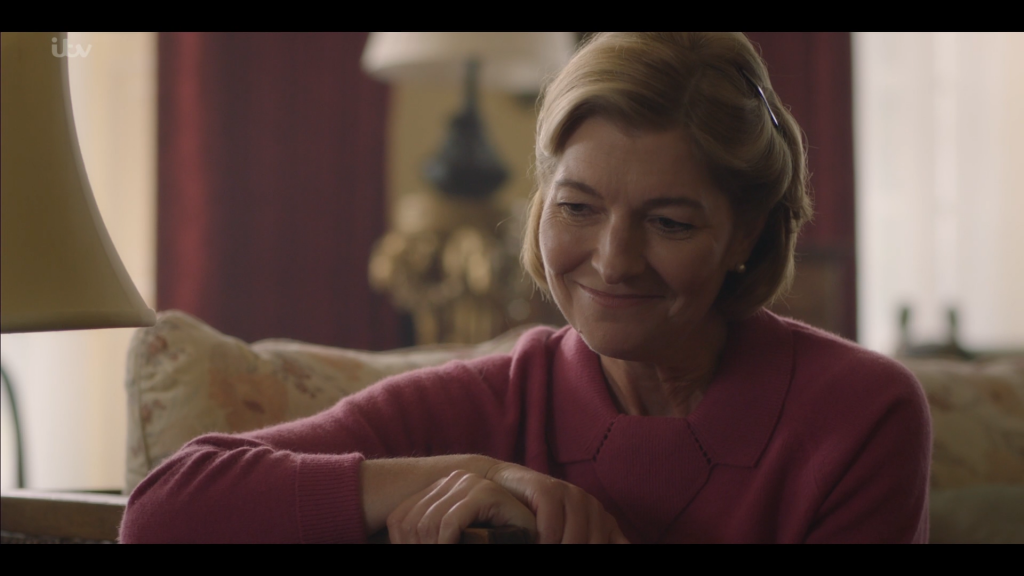 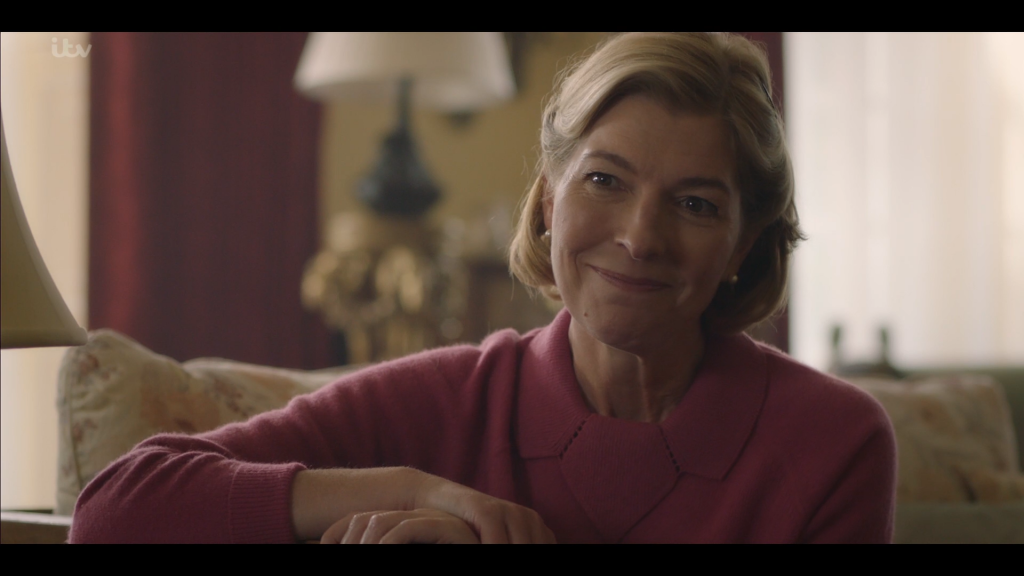 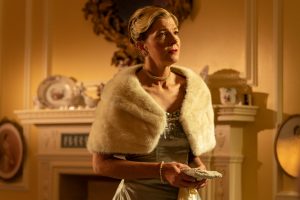