I adore Shakespeare and A Midsummer Night’s Dream, in particular, has always had a special significance for me. For a start it was the first play that I went to see. My grandmother took me to the Peter Brook production at the RSC when I was five. The performance was set in a big white box and the fairies were like circus performers on stilts. I remember being captivated by the spectacle of it all, but also very confused by the fact that there was no forest on the stage when I had been told that there would be.

It is also the first play that I took my seven-year-old son Gabriel to see, last Christmas. Like me, he was worried about the absence of trees on stage, but was soon electrified by the whole thing. And he thought the fact that Shakespeare had a character called Bottom was hysterically funny.

Playing Titania at the moment is a real coup for me, as the other actresses in my family (aunts Vanessa and Lynn Redgrave and cousins Natasha and Joely Richardson) usually play Helena. Titania is such a sexy, liberating character. There’s something very “free-love” about her. She has managed to avoid her husband for a whole year, and then she goes and falls in love with a donkey.

I try to get to the theatre as often as I can. The last play I was mesmerised by was Pinter’s The Caretaker with Michael Gambon (left with Rupert Graves). It was astonishing. Gambon’s appearance changes dramatically when he’s in character. Throughout the play he appeared shrivelled and wizened, but when he stood upright to take his curtain call, the stage seemed to shrink in his presence.

I am torn between New York, Paris and Rome for my favourite city, but if you held a gun to my head, I’d plump for Rome. I love the way the Romans live on and around their monuments. And I love the steaminess of it all: sexiness just seems to hang in the air there.

Maybe it’s because Italians generally live at home until they are into their thirties, so they are forced to do their courting outdoors.

I discovered Rome without a map and it was an amazing experience. I spent three weeks there in 1993 filming an Italian television drama and on my days off I would wander around aimlessly with my co-star, Stephen Dillane.

My mother went to school in Rome and so I’d heard all about it, but nothing prepares you for the intense beauty of it all. You walk into a square and suddenly, there’s the Pantheon. You hear the rush of water and look, there’s the Trevi Fountain. That said, I haven’t been to Venice yet and I suspect all those gondolas might make me change my mind.

The design of the Pompidou Centre in Paris (above) is witty and inventive and I love it. There’s something about the juxtaposition of that glass and the external structural architecture that fills me with glee.

The last time I was there was for a season of British Cinema which kicked off with a festival of Redgrave films. As a family we spanned almost every genre of British film, and so we all went over for the launch. I admit I felt like a bit of a fraud because I have done only a handful of films. But there was an irony to the festival as well, in the fact that it was the French celebrating British cinema, rather than the British.

Nick Hornby is a big, big favourite of mine. I’m a huge Arsenal supporter and so I read Fever Pitch (Penguin, Pounds 6.99) and found it absolutely spot-on. There’s one scene where he’s describing the differences between his bedroom and his girlfriend’s bedroom which I can practically quote verbatim. He’s so funny. I also adored About a Boy (Penguin, Pounds 6.99), which was wonderfully witty and touching.

Otherwise, I love Ian McEwan, in particular his novel Black Dogs (Vintage, Pounds 6.99). It is set in the Forties, and is about this couple who are desperately in love but who can’t stand to be together. There is a terrible clash between fervent religious belief on her side, and severe political atheism on his, and they cannot reconcile their differences. It’s romantic, but also psychological.

The Clangers and Captain Pugwash (left) are my all-time favourite television shows. A close second, though, is the series Tough Love, with Ray Winstone and Adrian Dunbar, which ran on ITV last year. That was the absolute antithesis of the usual police dramas where they always know who their culprit is and spend the entire programme trying to gather evidence to convict them. I also enjoyed Donovan Quick with Colin Firth and Kate Murphy. And I love Who Wants to Be a Millionaire? I kid myself that I know all the answers and would make it to a million, but in my heart I know I couldn’t.

I have never been hooked on soaps, though having just had a baby I find myself listening to The Archers on Radio 4 at bathtime in the evenings. For some reason the theme tune has a very soporific effect on the baby. In contrast I am usually on the edge of my seat, worrying about whether Phoebe is about to be kidnapped and taken to South Africa or whatever.

Kick-boxing is a major passion in my life. I took it up about two years ago and I have earned my second belt, which I’m very proud about. It’s strange: I think gyms are mind-numbingly boring -hideous inventions of the Devil in fact -but I love kick-boxing. Perhaps because it’s more of an art than a sport, as every move is impeccably choreographed. And pad work is a great way to relieve aggression. It’s my ultimate goal in life to get my black belt. It’s probably going to take ten years, but I’m determined to do it.

At the moment, my listening habits are dictated by the whims of my son Gabriel. He’s into Shaggy, Destiny’s Child, Madonna and Craig David. Of course, I listened to terrible music when I was his age, too, so it’s churlish to complain. The first record that I ever bought was Gary Glitter’s I’m the Leader of the Gang (I Am!), with 50p I was given as a reward for being good at the dentist’s.

I like Coldplay and David Gray and, of course, old favourites such as the Beatles and Bowie. I sing the Beatles’ Love Me Do to my baby son Alfie and he gurgles back at me.

As a family, we have a formidable working knowledge of the soundtrack to My Fair Lady. On a trip to Italy last year, all the CDs we had packed were stolen from the car, and so for four weeks we were forced to listen to the only CD that we could find in the guest house, which was My Fair Lady. I suspect we’ll be going to see the production at the National (London SE1), with Martine McCutcheon (see review, page 25). She is such a good actress.

There’s a certain form of television-speak that really winds me up, and it seems to have crept into all areas of broadcasting. There’s one presenter on Blue Peter, for example -I don’t want to name her -who is particularly guilty of it. She sucks in her words and makes a funny smacking sound when she starts her sentences. In fact, I despise children’s television presenters. They are so patronising. Children’s television really makes me rant.

Jemma Redgrave was interviewed by Amber Cowan. A Midsummer Night’s Dream is at the Albery, London WC2, until May 12

The Shakespeare play has been updated with 5 new HQ stills: 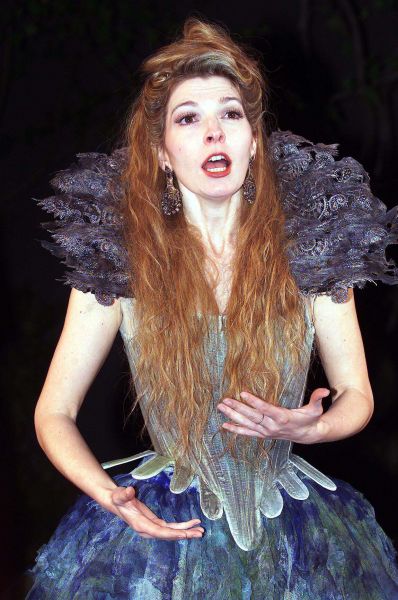 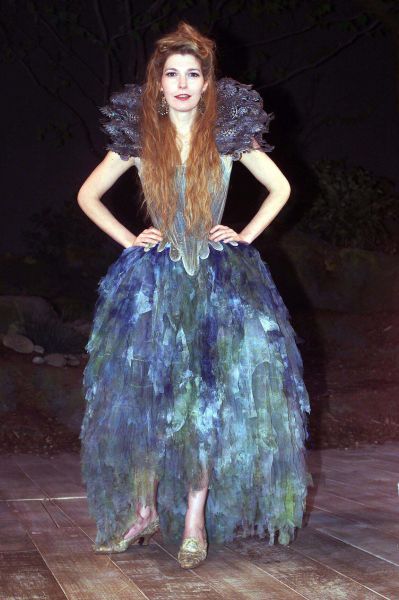 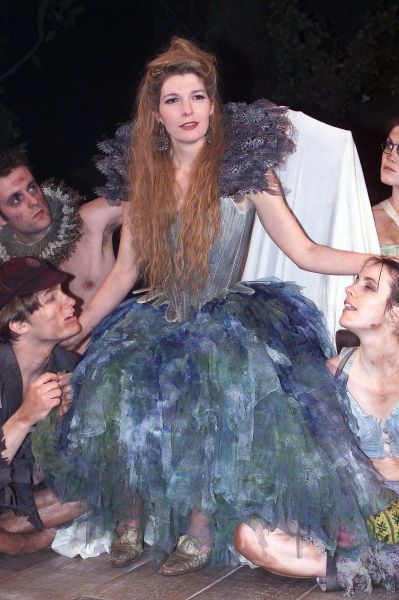 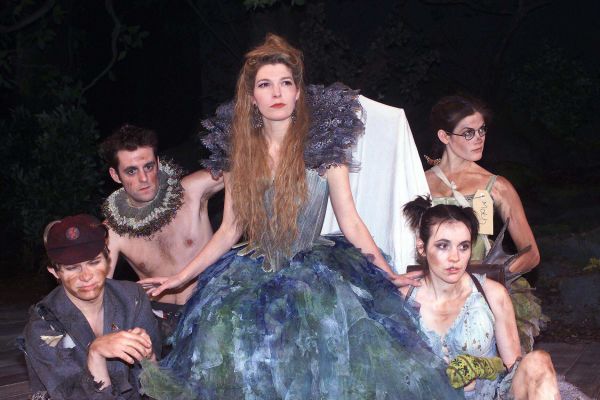 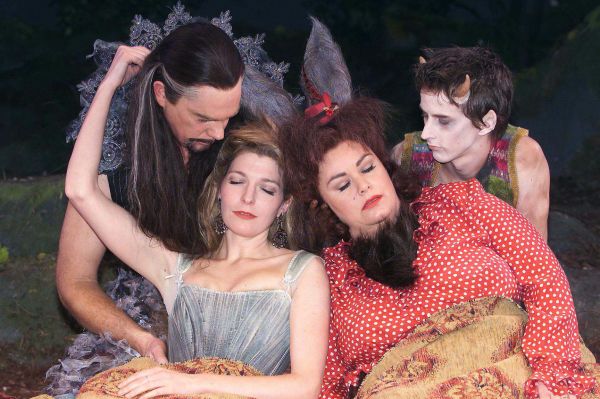 Photos from Jemma’s past theatre plays are up in the gallery, enjoy!

Here are some previews: 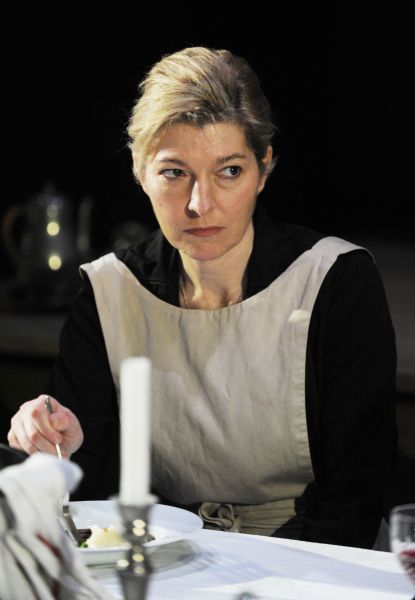 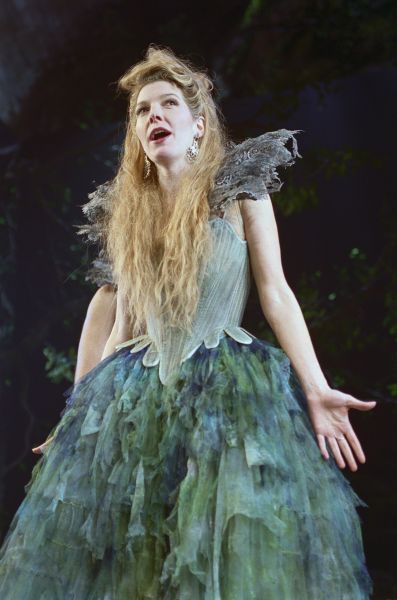 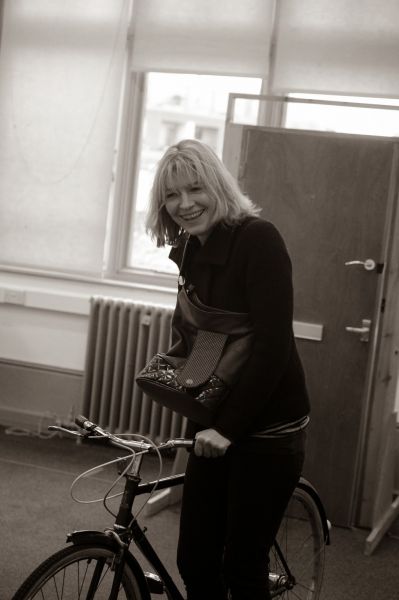