The new issue of “Doctor Who Magazine” has revealed that the title of Jodie Whittaker’s final episode is “The Power of the Doctor”. The episode will air in October and a photograph in the magazine reveals that Jemma Redgrave will guest star alongside Sophie Aldred and Janet Fielding: 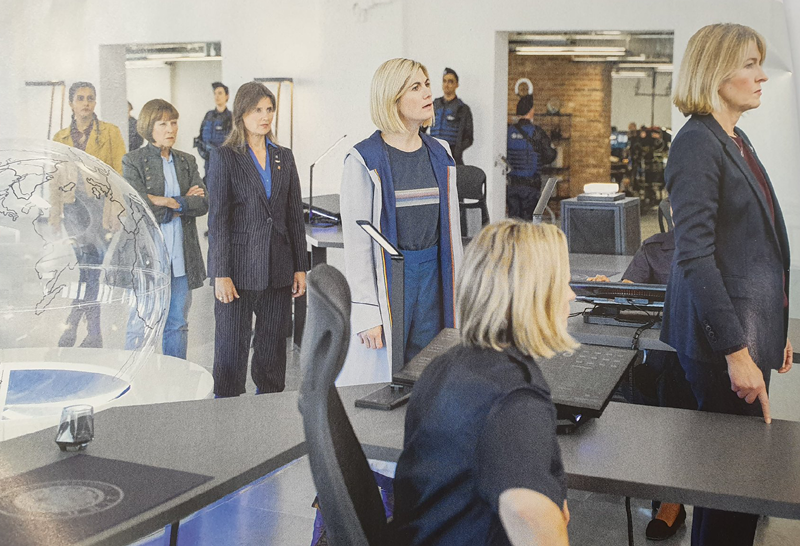 “Doctor Who Magazine” is available from WH Smith priced £6.99 or can be ordered online at DWM