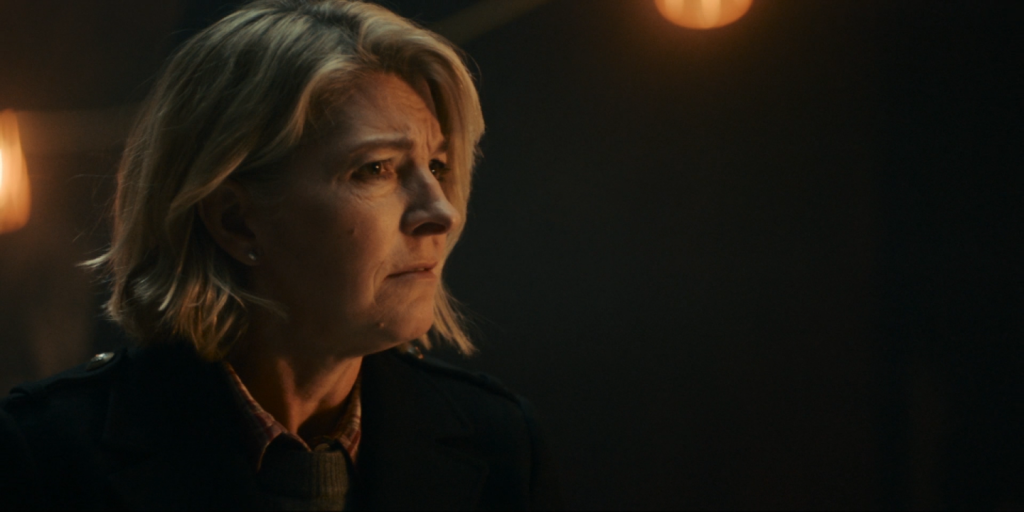 Jemma is to guest star in a new BBC Sounds podcast called “Doctor Who: Redacted”. This is a 10 part series that starts on Easter Sunday:

Doctor Who: Redacted follows Cleo, Abby and Shawna – three broke university drop-outs from different cities across the UK who remain connected via their paranormal conspiracy podcast, ‘The Blue Box Files’. The trio speculate over Abby’s favourite conspiracy theory – intent on finding out the truth behind the mysterious ‘Blue Box’ that keeps cropping up across history. What if this random police public call box was actually an alien ship?

They don’t know who the Doctor is, or if aliens are real, but soon find themselves caught in a supernatural conspiracy as they learn that everyone who’s ever met the Doctor is disappearing and being forgotten. Essentially, they’re being redacted from reality. The Blue Box Files is so unsuccessful that our heroes are the last ones to be affected by the redaction, making Cleo, Abby and Shawna the world’s only hope. Now it’s a race against time to uncover the truth.

Set in the Doctor Who universe, the series entangles past and current storylines, cameos from the Doctor’s friends and allies, as well as appearances from monsters and aliens, identifiable to fans and non-fans alike.

When Cleo’s brother Jordan, (played by comedian Jacob Hawley), gets redacted, they spend the rest of the series trying to find him. In the meantime Cleo is dealing with a mother who kicked her out for being trans when she was 16, whilst trying to find out what happened to her Dad – who mysteriously ‘disappeared’ when she was a kid. As the series unfolds we find Abby – the resident believer and Shawna – the sceptic, grapple with their own tribulations on the edge of a will-they, won’t-they romance, despite Abby’s controlling boyfriend.

Doctor Who: Redacted is scripted by bestselling author Juno Dawson, alongside a host of new and experienced writing talent, with a strong emphasis on diversity and regionality. The audio drama primarily explores the relationships between ordinary people unknowingly immersed in the Doctor Who universe.

Juno Dawson, lead writer says: “Doctor Who was my first love, and it’s an absolute thrill to add to the ever-expanding mythology in podcast form for the first time ever. What a total privilege to write for something so beloved, and put my own little flag on the landscape.”

Doctor Who: Redacted is available first on BBC Sounds weekly from April 17th. Episode 1 will be available following Doctor Who’s Legend of the Sea Devils on Easter Sunday.