The BBC have released the synopsis and some promo images for Jemma Redgrave’s return episode of Holby City – Series 20, Episode 24 – “Primum Non Nocere -Part One.” The episode airs on BBC1 on Tuesday 12 June 2018 at 8pm. The synopsis reads:

Desperate to prove her worth, Meena prepares a bespoke care plan for Gaskell’s next patient – Jac.
But while researching previous cases Meena discovers more than she bargained for. Dare she raise her concerns with the great Professor Gaskell? And has she taken her eye off the ball elsewhere?

Bernie’s trauma ward in Nairobi is ready to open and she wants Serena by her side. But with Holby still in recovery and Jason and Greta’s baby on the way, can Serena choose between the woman she loves and the family she’s devoted to?

When Abigail invites Fletch on a weekend away he wonders if she’s taking their relationship to the next level. This was just a bit of fun… wasn’t it?

Below are the promo images featuring Jemma Redgrave – full size versions are in the gallery: 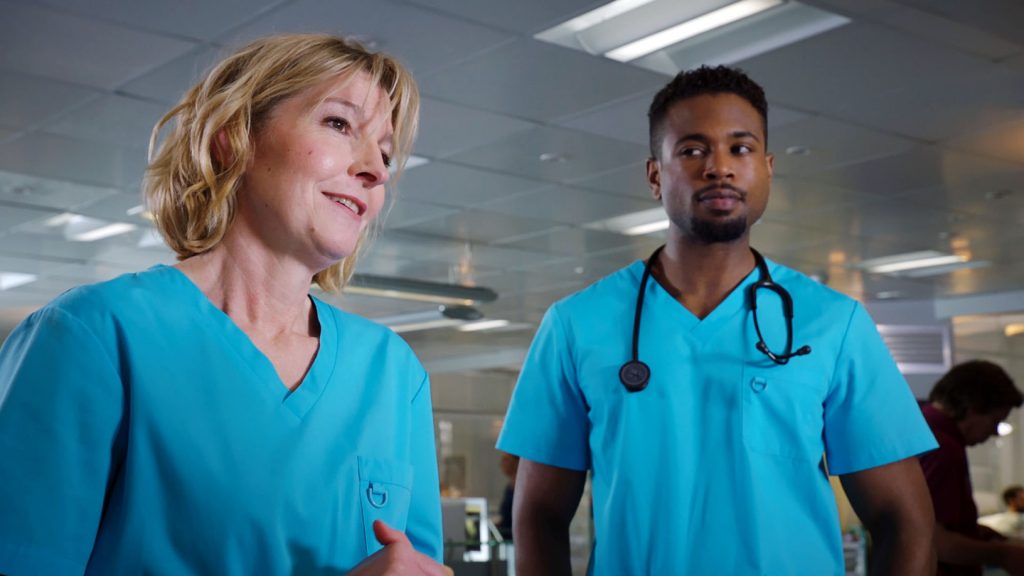 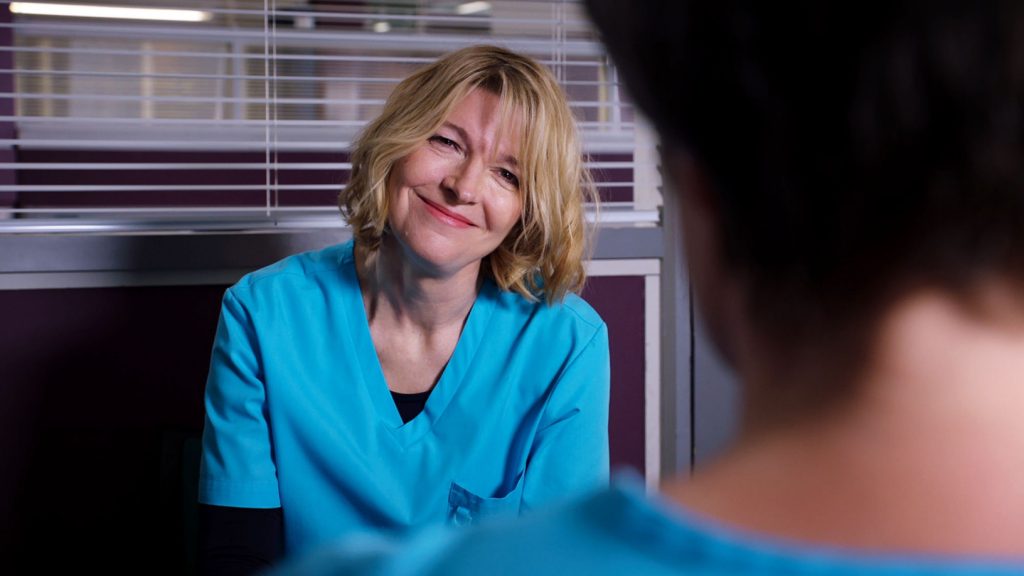 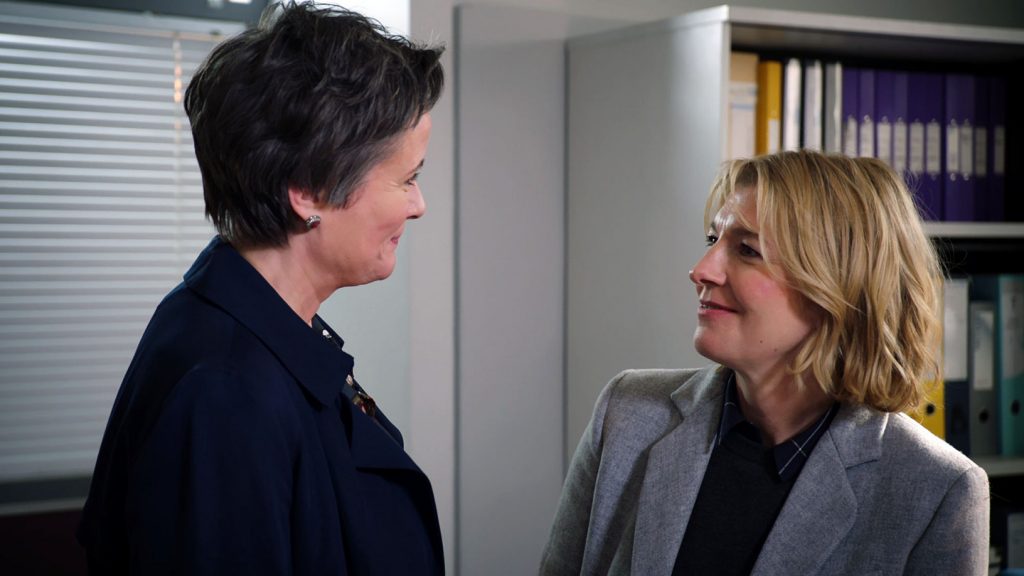